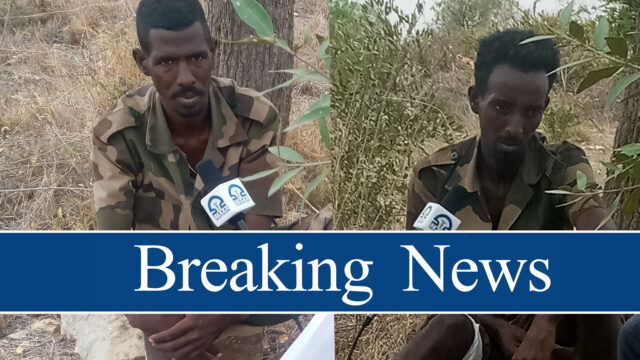 On Tuesday, two brigades of the 57th division and one battalion of the 21st division attacked Tigrian forces in Geza Gille. Tigrian forces scored major military victories, with hundreds of Eritrean soldieries killed, and wounded, and four taken as prisoners of war.

Tigrai’s Military Command Post said on Monday that the shelling in Sheraro, Northwestern Tigrai has led to numerous civilian casualties, endangering the lives of IDPs, Sheraro city residents, and aid workers Northwestern Tigrai is sheltering the highest number of internally displaced persons in Tigrai, following an ethnic cleansing campaign in western Tigrai that saw the displacement of more than one million Tigrians.

Tigrai’s Military Command Post called on the international community to play its part to ensure the complete and verifiable withdrawal of Eritrean forces from all corners of Tigrai and an immediate end to gross violations of human rights by all forces.